India is a developing country. Being agricultural economy our growth is slower compared to other growing economies of the world. After the independence the major issue in front of nation was Poverty; and unfortunately it remains the main cause of many other social evils like illiteracy, malnutrition, increased crime rates, inequality and many more. Eradication of poverty is possible only through Education.
Education provides ample of opportunities and opens door to Jobs, self-employment etc. which in turn provides a chance to live a dignified life to every Individual. Casteism ruled India for several decades creating deep valley between rich and poor. Those who had access to education used it towards their development but denied Education rights to the Dalits and other Scheduled Castes and Tribes for several years.
Social reformist like Jyotiba Phule, Dhondo Keshav Karve, Acharya Vinoba Bhave, Gandhi Ji, Dr. BabaSaheb Ambedkar, Acharya Bhise and many other thinkers tried their best to change the India for good. They not only advocated education but also tried to establish 'equality' among the all castes, religions, genders in the Modern India. Contribution of Social Reformist and support of some broad minded Politicians in India helped growth of Education sector in India. Schools for girls, differently able children, blind, special children, ashram schools, street children schools, night schools etc. are the example of how 'education system' developed in India and started to become inclusive.

Meanwhile technology took education to altogether different level in some states, some states lagged behind in adequate exposure to the growing India. NGOs started to play vital role in filling this gap. NGOs not only became advocate of Education for these economically backward communities but also helped Government to reach the smallest villages of India by NGO partnership system.
Growing Population added fuel to Poverty. Many poor people in India who feed their stomach on daily wage basis, wants their children to earn as early as possible. Due to availability of Municipal Schools across country; such students at least gets Primary Education but then leave their schooling in between to start earning in search of daily bread. Many parents send their children to school only because in School they get the only meal of the day through Mid-Day Meal system provided by Government of India. Iskon, Akshaya Patra Mid-day meal schemes have proved by example that the 'DROP OUT' numbers decreased after successful implementation of their 'Food programs'. You can imagine how poor is our country by this example. Unfortunately Rich India is busy in abusing Money for wrong deeds. If they start giving back to Society, they can definitely help to change India's future.
'Education' system needs to become very rational and realistic if we want to address the issue of 'poverty and hunger'. It should be capable of developing vocational skills and thinking minds which can help transform lives of poor children by providing them employable opportunities. Many NGOs are doing this great work. Apart from regular subjects of schools, they help children to learn computers, handicrafts, creative works, call -centre English, Arts.

The Akanksha Foundation, CRY, SMILE, Concern India, Care India, Prerna, Pratham, Akshaya Patra are some of the well known NGOs working for Children. NGOs run their own centers or tie-up with some Municipal Schools to carry out different programs through continuous activities. Well-educated and socially aware people do understand the importance of their work and so they voluntary work/support or donate these NGOs.

Everyone is doing good Job. But I personally find 'Akshaya Patra's work very incredible. Akshaya Patra is Banglore based NGO whose tagline 'Unlimited food for education' itself makes you realize that they have addressed the Root-Cause of the 'Illiteracy'.

The Organization is active in 9 states in 19 location in India. 'No child in India should be deprived of education due to hunger' is the vision of this great Organization which started in 2001 by the grace of Bhaktivedanta Swami Prabhupada founded by Madhu Pandit Dasa and others. Akshaya Patra feeds 1.3 million children everyday.

Board of Directors of the trust are  Missionaries of Iskcon,Corporate  Professionals,and Entrepreneurs which is a great combination of vision and compassion. 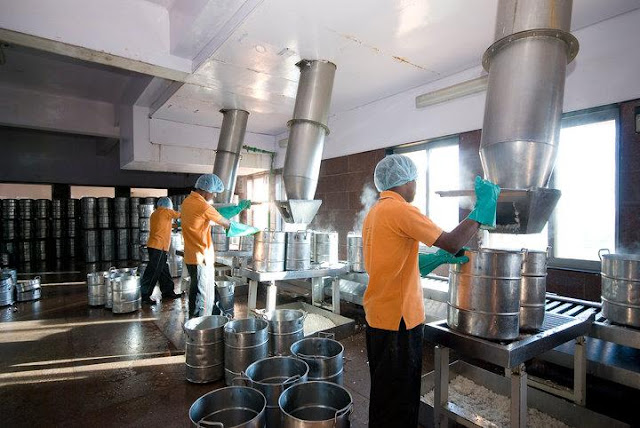 Akshaya Patra's state of art kitchens and their delivery system are the main driving forces behind their success. Ofcouse the donors which are supporting their cause, the people involved with them, the corporates whose CSR tie-up helps them with funds and the volunteers of the Organization are the one who are to be saluted for their great initiative.

The food quality is really good and full with nutritional needs. Akshaya Patra meal is the only 'complete meal' of thousands of poor children from many schools in India. Infosys founder Narayan Murthy thanked NGO for their incredible work and vision on reaching their Million Mark. He also shared his own experience of Paris where he used to work with empty-stomach in office due to insufficient salary.

Those who understand Poverty and Hunger will definitely help Noble cause of Akshaya Patra.
More about Akshaya Patra